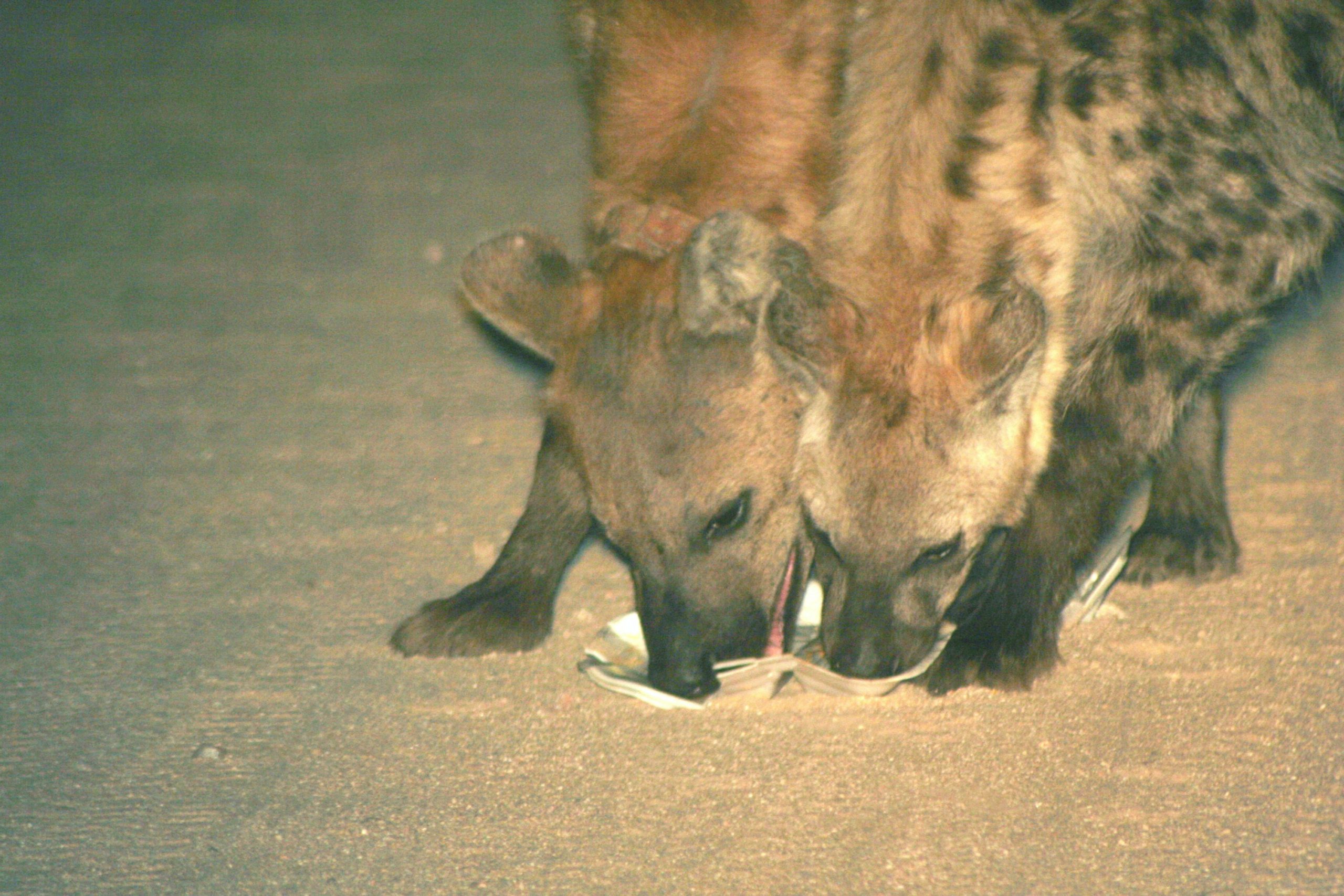 Hyaenas at the Kruger National Park visit human occupied areas for reasons other than just food scraps and waste, a recent study has found.

Hyaenas have a bad reputation as unscrupulous scavengers with a creepy nocturnal ‘laugh’.

Researchers from the University of Pretoria Mammal Research Institute have found that visits by spotted hyaena (Crocuta crocuta) to anthropogenic sites offered only ‘occasional’ rewards, but mostly formed part of exploratory behaviour.

In a certain sense, the study has redeemed the image of hyaenas as Dr Lydia Belton – who spent hours observing hyaenas along the KNP Skukuza fence – never once saw a hyaena act aggressively towards humans inside the camp. This despite tourists feeding the animals ‘bones and scraps’.

The study was published as a short communication in the journal African Zoology.

Predation is important for African ecosystems. Thus, one of the major reasons for the creation of protected areas such as the Kruger National Park is to preserve the ecological processes inside them, including interactions between predators and their prey/food.

Co-author on the study Dr Frederik Dalerum told the Zoological Society of South Africa (ZSSA) that improving knowledge on the interactions between large carnivores and humans is highly relevant for our ability in managing these species, since a primary part of their previous declines has been conflict and associated persecution.

“On a more local scale this study has direct implications for the management of Kruger National park specifically, and more generally for the often tourist dense and closed national parks and nature reserves in southern Africa,” he said.

In a parallel study the researchers showed that habitat alterations associated with the Skukuza complex in the KNP altered the space use of hyaenas living there in comparison to hyaenas living elsewhere in the park.

“We interpret these changes as the result of a different hunting behaviour, where they primarily seemed to use the heavily modified habitats around the golf course as hunting areas,” said Dalerum.

According to Dalerum these ‘indirect effects’ were more prevalent than ‘direct effects’ on hyaena diet such as for example the ingestion of human garbage. 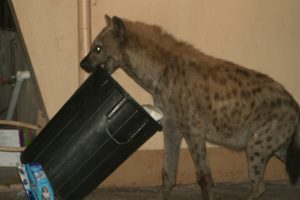