The ZSSA Council may award a biennial Lawrence Memorial Grant if funds are available from the Lawrence Estate Bequest. The award should promote research on litter/edaphic fauna of the forest floor, and is open to graduate students as well as senior researchers who are members of the ZSSA.

Preference would normally be given to candidates who are at the beginning of their research careers.

Reginald Frederick Lawrence (1897 to 1987) began his career at the South African Museum as an assistant in charge of Arachnida, Myriapoda, Reptilia and Amphibia. During his tenure at the museum he worked extensively on Namibian arachnid material, which formed the substance of a PhD dissertation which he submitted to the University of Cape Town in 1928. In 1935 he began an association with the Natal Museum, which included service as a CSIR Research Fellow, Curator and Director. He left Natal in 1966 for Grahamstown where he continued his research at the Albany Museum. During a long and productive career, which saw the production of almost 200 scientific articles, Dr Lawrence made a substantial contribution to invertebrate Zoology in South Africa. It is therefore fitting, that a memorial award in honour of Dr Lawrence, has been established by the Society from the bequest of the Lawrence Estate. It is the Society's intention that the Lawrence Memorial Grant will be awarded on an annual basis if funds are available. The financial incentive of R2 500-00 attached to the award is intended to promote research on litter/edaphic fauna of the forest floor and is open to graduate students as well as senior researchers.

Applications should include a curriculum vitae, statement of research interests, and the addresses of three referees.

Applications must be directed to: 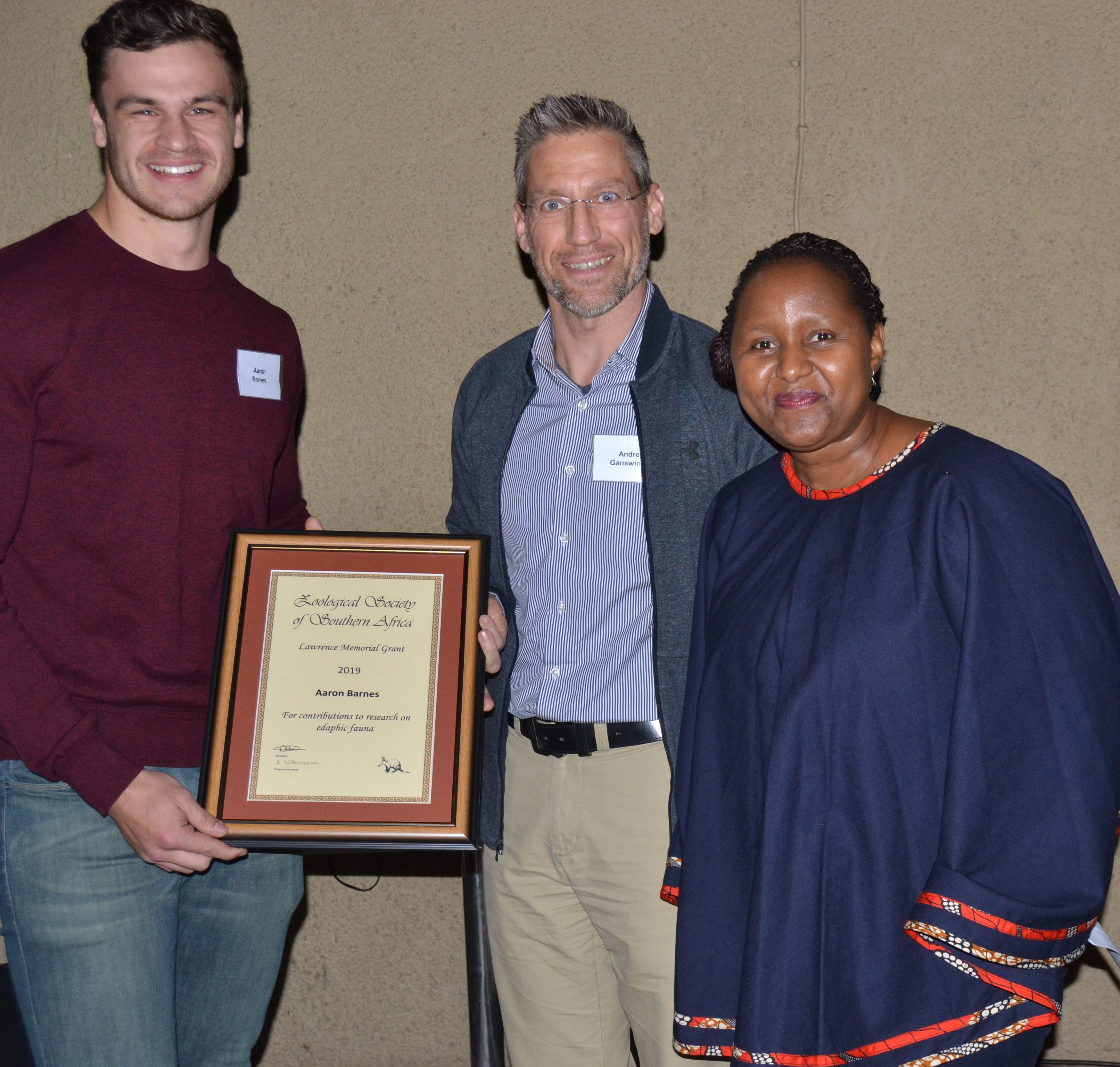 Mr Aaron Barnes is currently a first year M.Sc. student at Stellenbosch University. The topic of his thesis is “Systematics of two sympatric velvet worm species (Onychophora: Peripatopsis) in the south-eastern Cape forests with a conservation assessment of the genus”. His supervisor is Prof. Savel Daniels who considers him as an excellent student who has to date already published a first author paper from his Honours project in Zoologica Scripta (impact factor 3.05). In addition they have also submitted a second paper to Zootaxa (impact factor 1.01).