Invasive mussels: findings for intertidal can’t be translated to subtidal 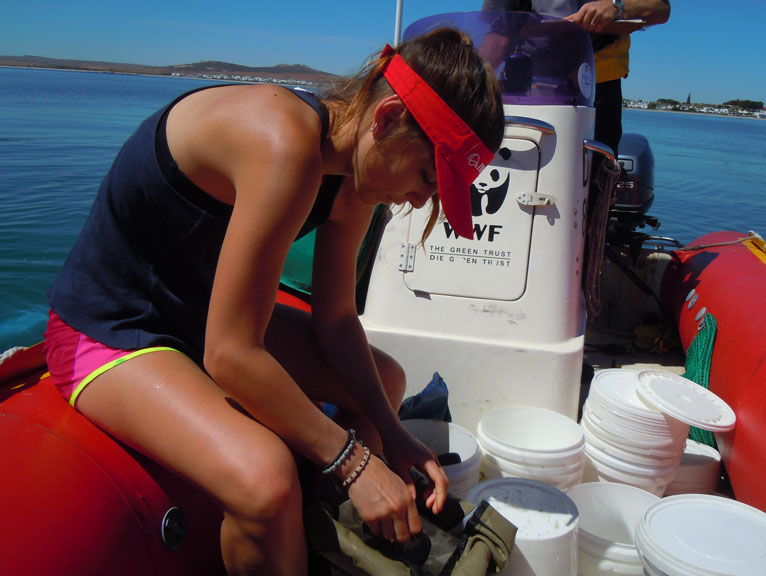 Researchers have sounded the warning that findings for invasive mussels on South Africa’s rocky shores cannot ‘simply’ be translated into findings for sub tidal regions.

In a recent study Dr Tammy Robinson and her research colleagues found that invasion patterns for Mytilus galloprovincialis and Semimytilus algosus in the ‘subtidal’ regions on the west coast and Cape peninsula of South Africa were different from what has been found in the ‘intertidal’, a better studied zone.

“This is unfortunate as sub tidal work is difficult and expensive – trained scientific divers and dive boats are needed,” said Robinson.

The study was recently published in African Zoology*(https://bit.ly/2KFIXQA).

The scientific literature is in agreement that invasive alien species are a major pressure on biodiversity, ecosystem processes, and human livelihoods globally.

The Mediterranean mussel, M. galloprovincialis, has been present on the coast of SA between Namibia and East London for the last 30 years and has made its presence felt among the native marine biota.

To a large degree it is able to competitively displace native limpets and mussels, while at the same time changing the structure of habitats. Through the creation of complex habitats it affects ‘community composition’.

The study predicted that both the Mediterranean and Chilean mussels would support populations in the subtidal zone and that the densities of invasive mussels would be greater than those of native mussels in both intertidal and subtidal communities.

Mussels were removed from high-, mid-, and low-shore zones of the intertidal, while subtidal surveys were conducted by divers.

While not featuring much in high-shore zone the Chilean mussel was most abundant in the low-shore and maintained a strong presence subtidally.

The contrasting invasion patterns for the two species have implications for conservation management as both the intertidal and subtidal are now subject to ecological disturbances from the species respectively.

Robinson says the study highlights the importance of documenting subtidal mussel invasion patterns together with the intertidal as the two habitats are very different “so it would not be appropriate to assume that invasions patterns would be the same”.

*The study, “Contrasting invasion patterns in intertidal and subtidal mussel communities”, was published in African Zoology 2018, 53(1): 47-52.

(Photo: Lisa Skein, one of the authors of the article published in “Contrasting invasion patterns in intertidal and subtidal mussel communities”, published in African Zoology 2018, 53(1): 47-52. (Photo credit: Tammy Robinson)