In Memory of a Great Man: William Roy Branch 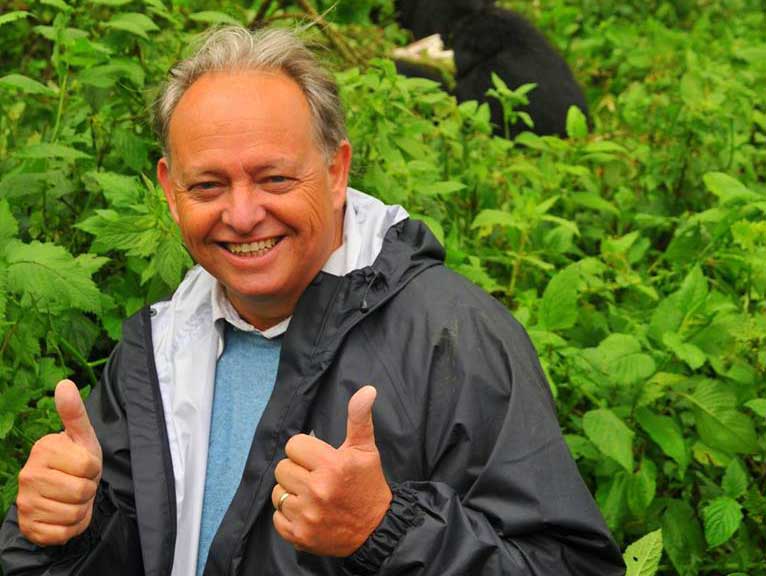 It is with great sadness that we acknowledge the passing of Prof. William Roy Branch, highly acclaimed Port Elizabeth-based herpetologist. Bill, as he was known to everyone, was diagnosed with motor neuron disease earlier this year and passed away on Sunday, 14 October 2018. He was born in London, England on 12 May 1946. Bill studied at the University of Southampton where he remained until completing his Ph.D. degree (‘Studies on a foetal-specific alpha-globulin [AFP] in the rabbit’). From 1972 he worked as a scientist in the Life Sciences Division of the Atomic Energy Board in Pretoria doing research on, inter alia, liver cancer, but returned to the University of Southampton in 1976 to take up a post-doctoral research fellowship in the Department of Biology studying the synthesis of chemicals in the liver of foetal rabbits. Bill started working at Port Elizabeth Museum in 1979 and retired in 2011, when he was appointed as Research Associate and Curator Emeritus. Over a period of almost 40 years he conducted field work in about 20 African countries and played a major role in building up the large reptile and amphibian collections at the Museum. Bill was also an important figure in the Herpetological Association of Africa. He edited the Association’s journal in the 1980s and 1990s, and founded the newsletter (now African Herp News). He authored well over 600 publications (including over 150 major scientific articles in peer-reviewed journals), and described (as primary or co-author) about 50 species and 19 genera of reptiles and amphibians. Bill’s publications included several books and book chapters on reptiles and amphibians, and he was co-editor of the Atlas and Red List of Reptiles of South Africa, Lesotho and Swaziland (2014). One frog and one lizard species, as well as a genus of lizards, were named after him. Over the years Bill also served on several conference committees, journal editorial committees, co-supervised a number of post-graduate students, examined several university theses, and refereed nearly 200 manuscripts for about 56 different journals. His charm, influence and considerable knowledge of African reptiles and amphibians will be sorely missed in the herpetological community for many years to come.